Made with the red and pink sandstone, the HawaMahal, also known as the “Palace of Winds” sits on the edge of the City Palace, Jaipur. The structure was built in 1799 by Maharaja SawaiPratap Singh, who was the founder of Jaipur. Its inimitable five floors exterior is akin to the honeycomb of a beehive with its 953 small windows called Jharokhas decorated with intricate latticework.

Built in red and pink colored sandstone, its color is a full testimony to the epithet of “Pink City”.It is one of the most famous tourist attractions and a prominent landmark of the city that is renowned for its rich cultural and architectural history. This striking structure is predominantly a high screen wall made of pink and red sandstone that facilitated royal women to get an eyeful of the street festivals and busy city life while remaining out of the view of public. This five-storey building in the shape of a crown of Lord Krishna with 953 jharokhas or windows and a beautifully decorated façade resembling a honeycomb of a beehive that gives one a feel of the rich heritage of the Rajputs.

The architect of this unique five-storied pyramidal palace with a height of 15 m from its elevated base was Lal Chand Ustad. The design of the building showcases an excellent blend of Hindu Rajput architecture with that of the Islamic Mughal architecture. The former style is palpable from the fluted pillars, floral patterns and domed canopies while the arches and stone inlay filigree work are manifestations of the latter style.The façade of the building intricately carved with beautiful motifs is cognate to that of the honeycomb of a beehive. Several potholes of the structure each having small lattice windows, chiseled sandstone grill and decorated domes give the building a look of a mass of semi-octagonal bays.

Fountains at the middle of each chamber complimented well with the light wind flowing through the jharokhas thus enhancing the cooling effect of the chambers.The brilliantly conceived design, style and construction of the Mahal made it the favorite resort of Maharaja Jai Singh and became famous as his masterpiece. Three two-storied buildings enclose a large courtyard on three sides with the HawaMahal located on its eastern side. The courtyard presently houses an archaeological museum. This monument is truly an architectural marvel and is something which must be witnessed by one and all. Its striking beaut is what makes it different from others, and is a place which is sure to leave one in absolute awe. 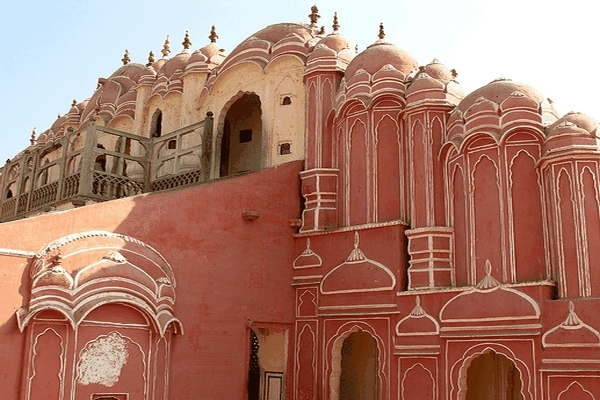 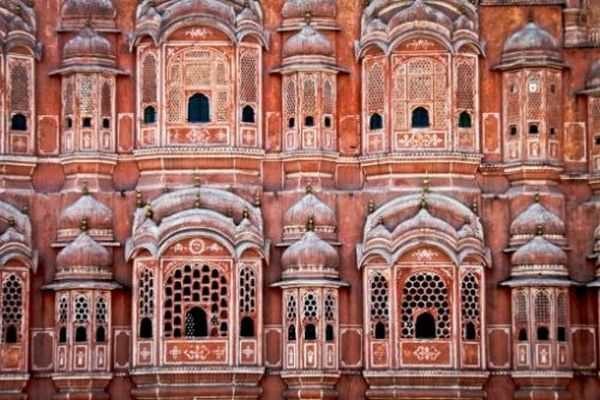 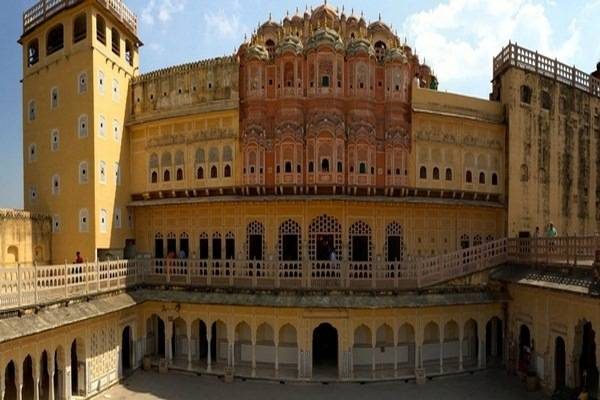 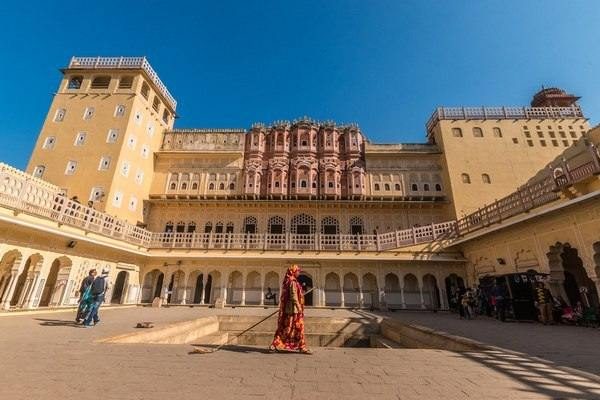 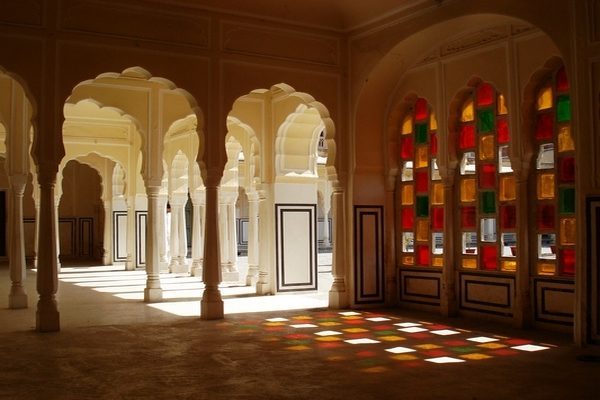 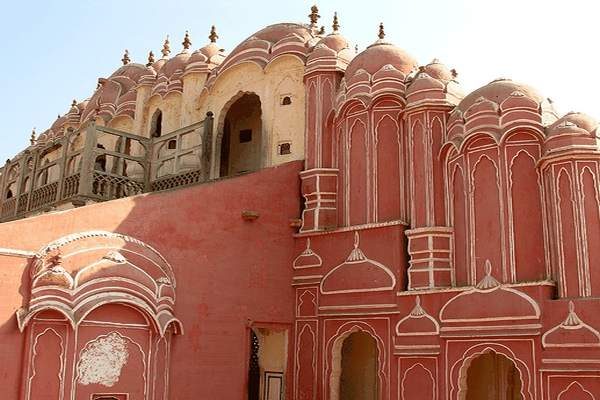 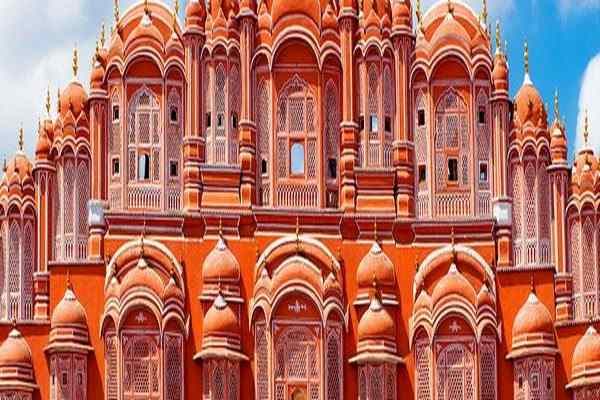 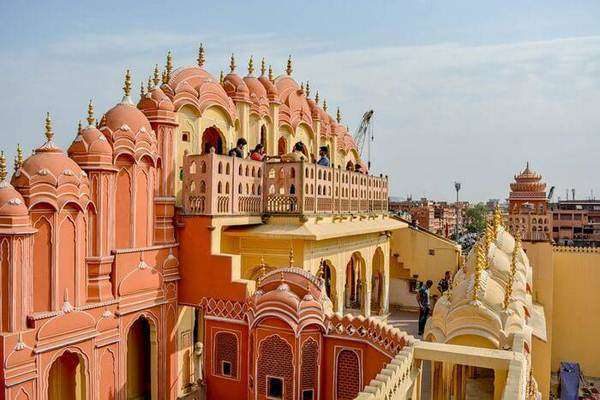 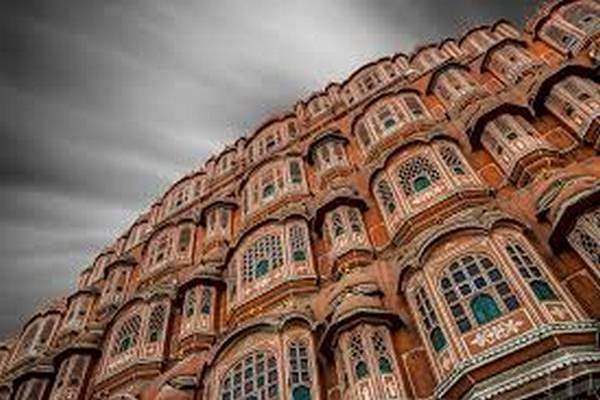 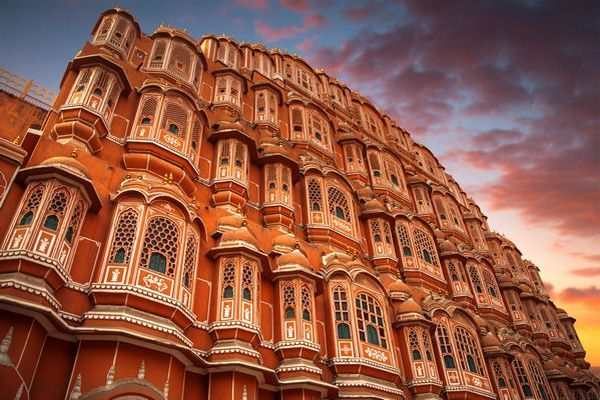 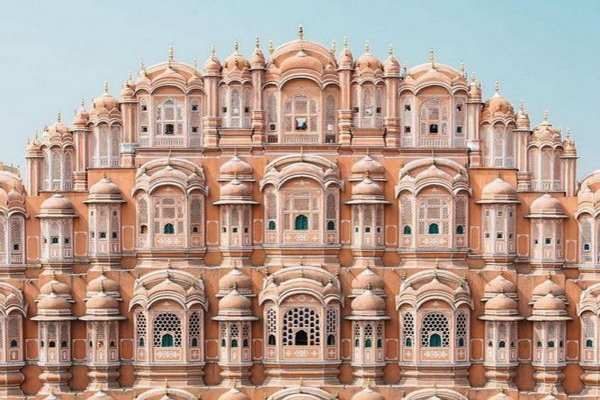 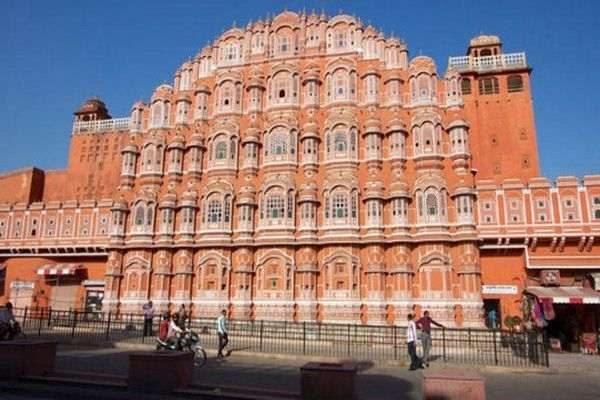 This website uses cookies to improve your experience while you navigate through the website. Out of these cookies, the cookies that are categorized as necessary are stored on your browser as they are essential for the working of basic functionalities of the website. We also use third-party cookies that help us analyze and understand how you use this website. These cookies will be stored in your browser only with your consent. You also have the option to opt-out of these cookies. But opting out of some of these cookies may have an effect on your browsing experience.
Necessary Always Enabled
Necessary cookies are absolutely essential for the website to function properly. This category only includes cookies that ensures basic functionalities and security features of the website. These cookies do not store any personal information.
Non-necessary
Any cookies that may not be particularly necessary for the website to function and is used specifically to collect user personal data via analytics, ads, other embedded contents are termed as non-necessary cookies. It is mandatory to procure user consent prior to running these cookies on your website.
SAVE & ACCEPT
Thank you for connecting with us. Your request submitted successfully. We are working on your query to provide you the best options. Our business executive will contact you shortly.
1
1
https://www.travoinspire.com/wp-content/plugins/nex-forms
false
message
https://www.travoinspire.com/wp-admin/admin-ajax.php
https://www.travoinspire.com/tour-location/hawa-mahal
yes
1
Useful? Share it
Useful? Share it
Need Help? Chat with us
Start a Conversation
Hi! Click one of our member below to chat on Whatsapp
The team typically replies in a few minutes.
Gaurav
Customer Support Head
Surya Prakash
MD (Sales & Support)