An immense mausoleum built by Emperor Shah Jahan in the memory of his wife MumtazMahal, the TajMahal is the jewel of Muslim architecture in India and one of the universally admired pieces of art. With striking symmetry and elaborate designs, it is undeniably one of the most fascinating and breathtaking monuments one can ever have the good fortune of witnessing.

It is one of the Seven Wonders of the World, designated a UNESCO World Heritage site in 1983, and rightly so. With gemstones adorning its walls, intricate inlay work ornamenting its gables, and a strikingly symmetrical structure, the Taj is undoubtedly one of the finest edifices of Mughal architecture. Made entirely out of white marble, the majestic monument is a symbol of eternal love, and the mere sight of it is bound to leave one in poetic awe.

Its architectonic beauty is a mesmerizing combination of arches and domes, of inscriptions and carvings, and of marbles and gems, all which contribute greatly to its aesthetic beauty. The color combination of the lush greenery surrounding the monument and the electric blue sky encompassing it makes it a sight which is sure to leave one spellbound. What adds to the Taj’s striking beauty is how perfectly symmetrical it is. The grace and perfection of proportions and grandeur of geometrical patterns and well-appointed gardens enhance the poise of the whole complex and add magnificence to the delicacy of this epitome of love, dedication and purity.

The majestic white structure is framed by four identical minarets, each designed with a slight outward lean. This was presumably done so as to protect the mausoleum in case one of them were to collapse, which further reveals the architectural efficiency of the brilliant minds at that point of time. Flanking the mausoleum near the northwestern and northeastern edges of the garden, respectively, are two symmetrically identical buildings—the mosque, which faces east, and its jawāb, which faces west and provides aesthetic balance. Built of red Sikri sandstone with marble-necked domes, they contrast in both color and texture with the mausoleum’s white marble.The southern end of the complex is graced by a wide red sandstone gateway with a recessed central arch two stories high.

White marble paneling around the arch is inlaid with floral designs. In its harmonious proportions and its fluid incorporation of decorative elements, the TajMahal is distinguished as the finest example of Mughal architecture, a blend of Indian, Persian, and Islamic styles. One of the most beautiful structural compositions in the world, the TajMahal is also one of the world’s most iconic monuments, visited by millions of tourists each year, and is indeed a spectacle which satisfies both the eyes and the soul. 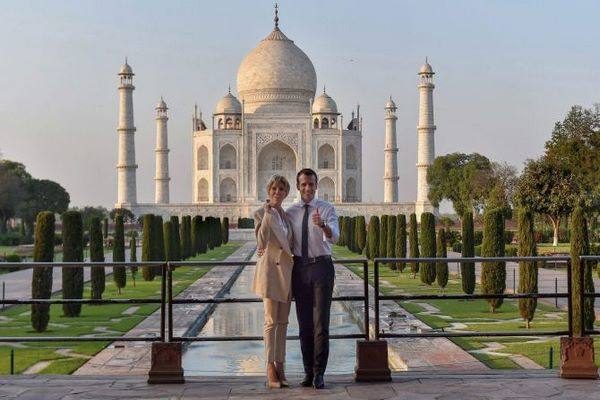 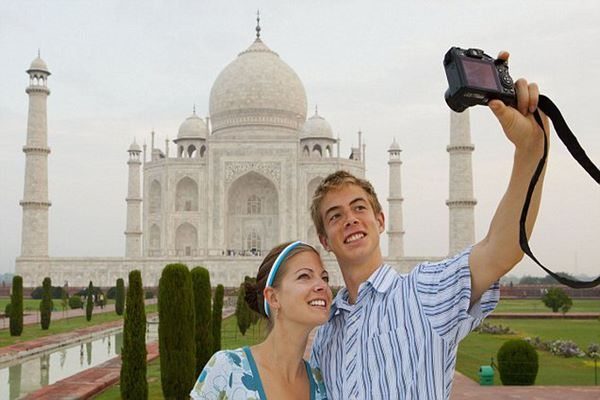 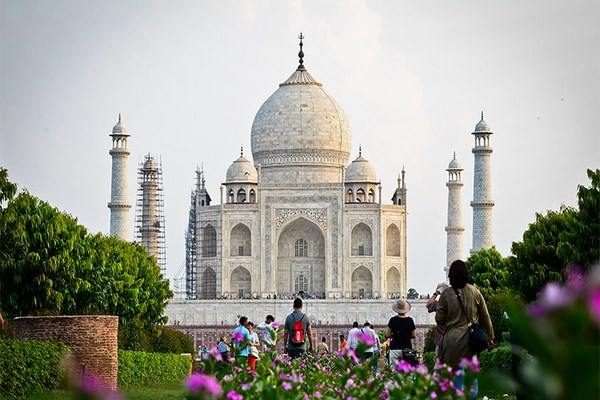 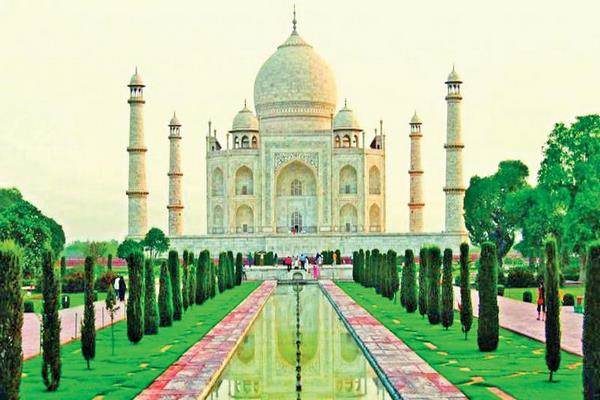 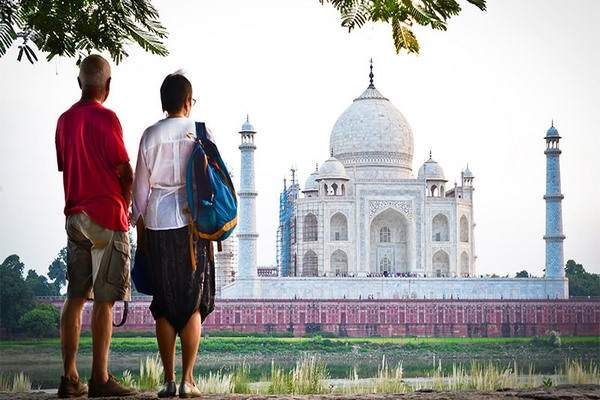 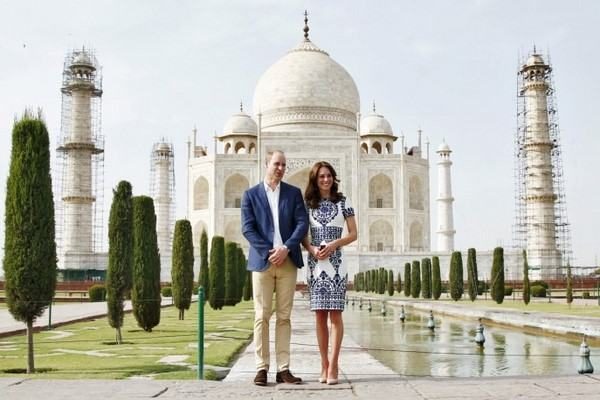 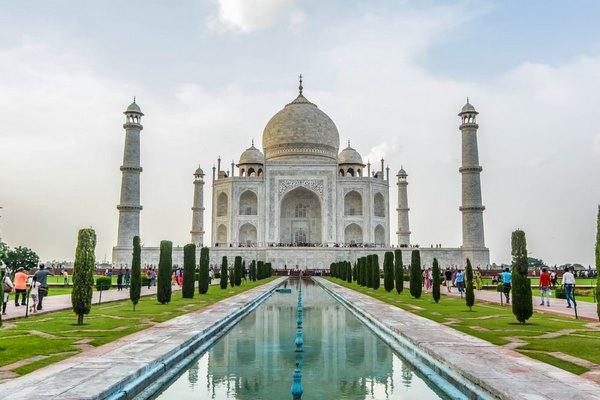 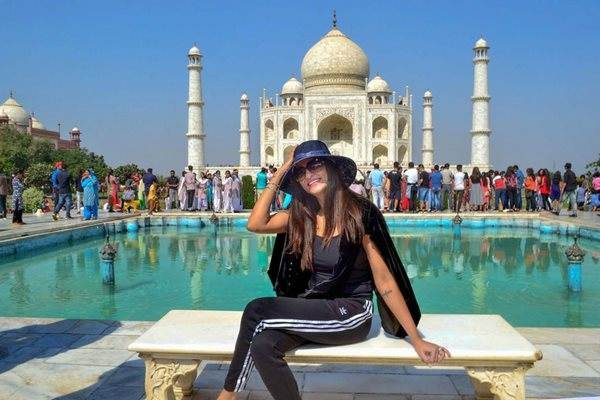 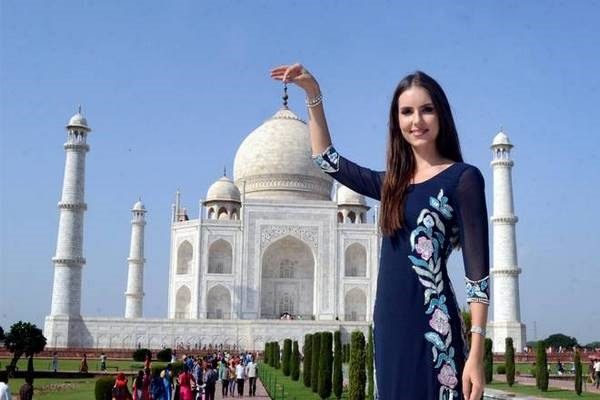 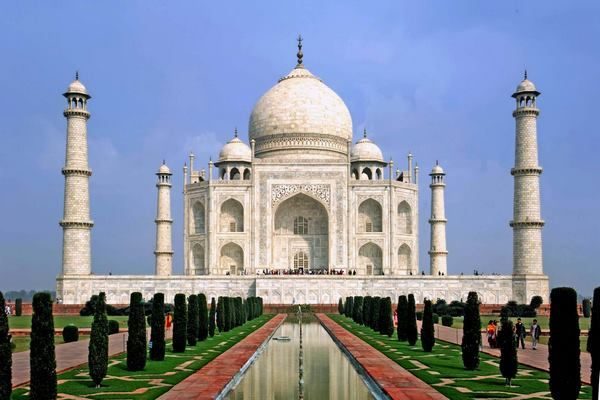 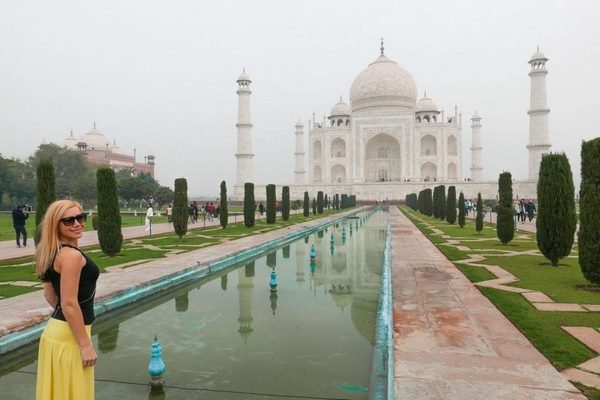 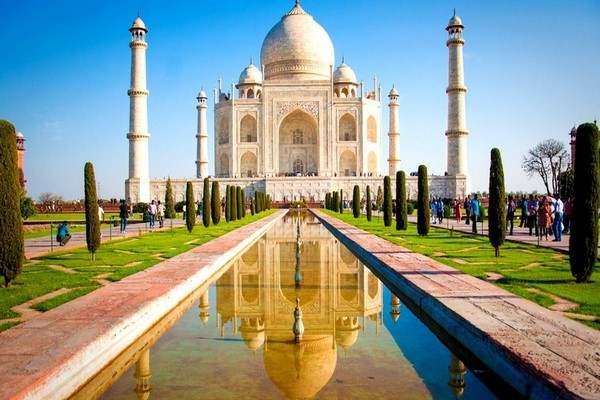 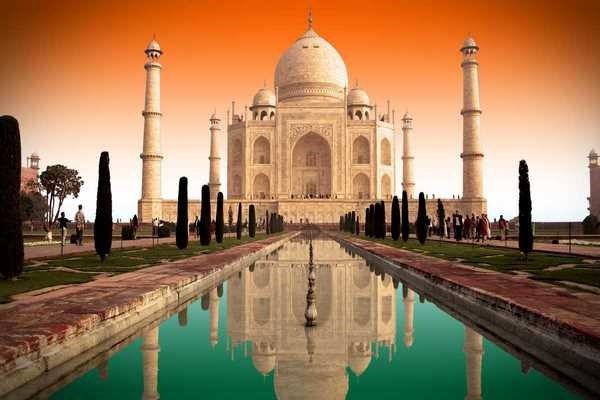 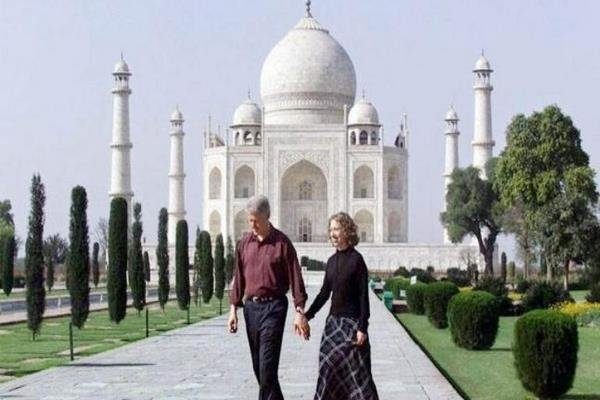 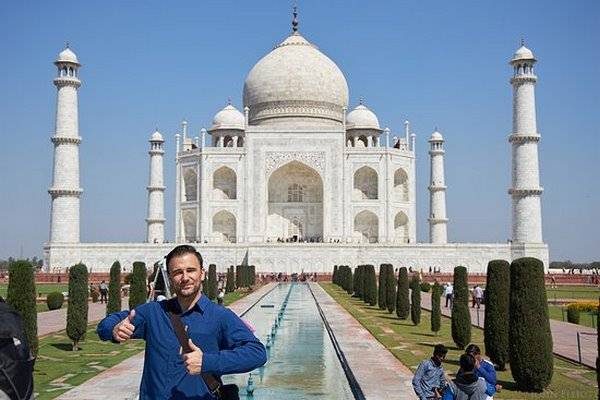 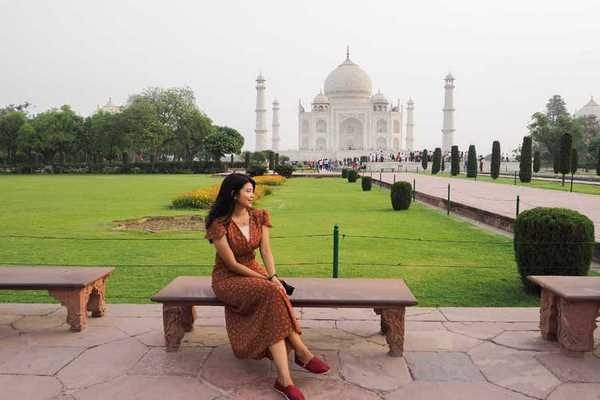 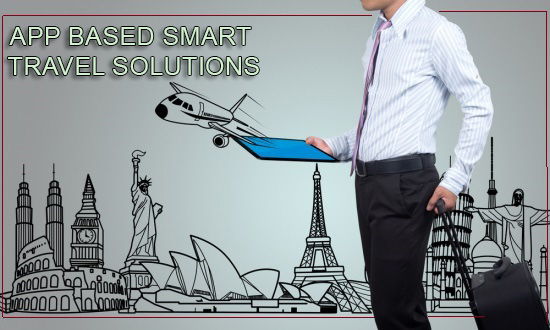 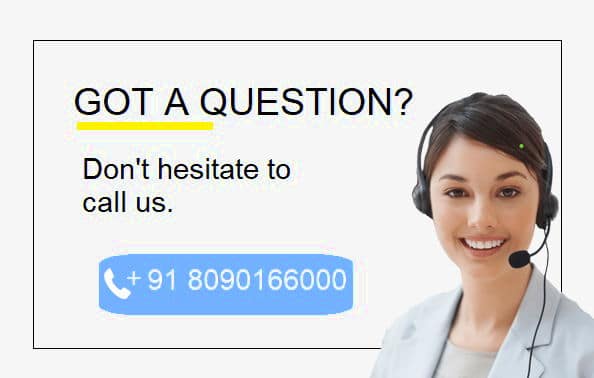 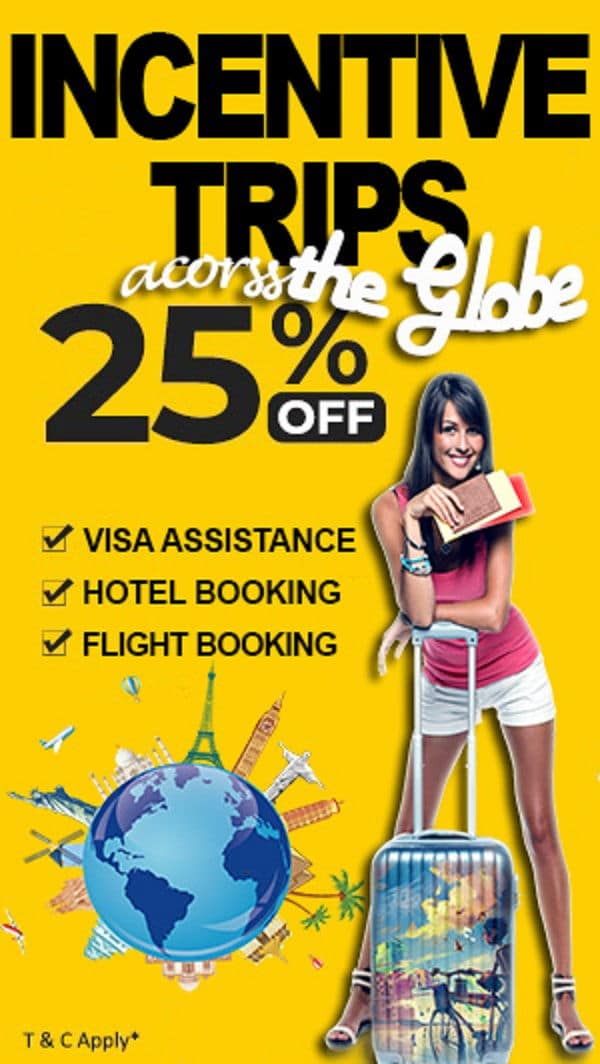 Subscribe to our Newsletter for exclusive discounts and offers. Be a part of our subscription and stay updated with latest deals we offer.

“I know Prerna for almost one year. Her company has been handling our travel and all other MICE requirements. Her communication standards, her client handling process and professionalism are just non-parallel and outstanding. She is highly recommended.”

"TravOinspire is an agency who has always delivered at the last minute with less than 48 Hours lead time and at the remote sites also. We thank the entire TravOinspire team for making our events a grand success."

“A good and reliable company to trust upon for all our corporate requirements. Recently we had booked a corporate trip for our employees.They had managed it very well within our budgets.”

This website uses cookies to improve your experience while you navigate through the website. Out of these cookies, the cookies that are categorized as necessary are stored on your browser as they are essential for the working of basic functionalities of the website. We also use third-party cookies that help us analyze and understand how you use this website. These cookies will be stored in your browser only with your consent. You also have the option to opt-out of these cookies. But opting out of some of these cookies may have an effect on your browsing experience.
Necessary Always Enabled
Necessary cookies are absolutely essential for the website to function properly. This category only includes cookies that ensures basic functionalities and security features of the website. These cookies do not store any personal information.
Non-necessary
Any cookies that may not be particularly necessary for the website to function and is used specifically to collect user personal data via analytics, ads, other embedded contents are termed as non-necessary cookies. It is mandatory to procure user consent prior to running these cookies on your website.
SAVE & ACCEPT
Thank you for connecting with us. Your request submitted successfully. We are working on your query to provide you the best options. Our business executive will contact you shortly.
1
1
https://www.travoinspire.com/wp-content/plugins/nex-forms
false
message
https://www.travoinspire.com/wp-admin/admin-ajax.php
https://www.travoinspire.com/tour-location/taj-mahal
yes
1
Useful? Share it
Useful? Share it
Need Help? Chat with us
Start a Conversation
Hi! Click one of our member below to chat on Whatsapp
The team typically replies in a few minutes.
Gaurav
Customer Support Head
Surya Prakash
MD (Sales & Support)