A characteristic feature of the royal Rajput architecture, the Sheesh Mahal in the Mehrangarh
Fort of Jodhpur is also known as Glass Palace of Jodhpur. This marvellous piece of architecture
is decked from ceiling to floor with intricate mirror work. These decorative ornaments are
complemented well with the brightly coloured paintings of various religious figures made in
plaster.
The numerous decorative panels show deities like Lord Brahma, Lord Shiva and Parvati, Lord
Krishna playing the flute, and Lord Rama among others showing the strong influence of religion
and culture on the art of the time. The ceilings and floors are inlaid with mirrors, earning the
room the title of Hall of Mirrors. The blue, green, silver, and gold ornaments suspended on the
ceiling as well as the grand European chandelier are later additions to this hall. Mehrangarh's
Sheesh Mahal was the bedchamber of Maharaja Ajit Singh who reigned over Jodhpur between
1679 and 1724. 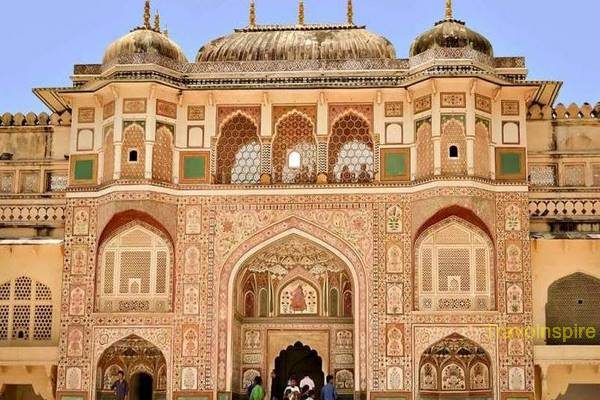 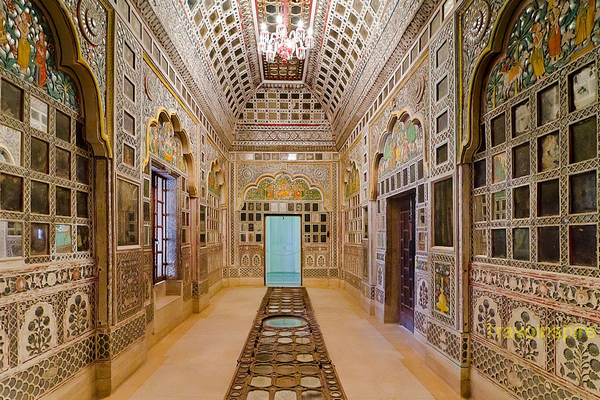 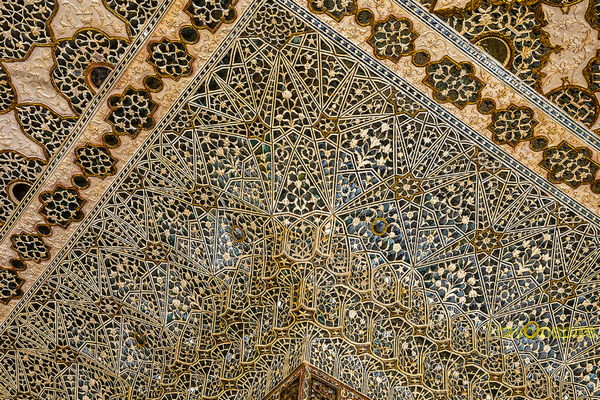 This website uses cookies to improve your experience while you navigate through the website. Out of these cookies, the cookies that are categorized as necessary are stored on your browser as they are essential for the working of basic functionalities of the website. We also use third-party cookies that help us analyze and understand how you use this website. These cookies will be stored in your browser only with your consent. You also have the option to opt-out of these cookies. But opting out of some of these cookies may have an effect on your browsing experience.
Necessary Always Enabled
Necessary cookies are absolutely essential for the website to function properly. This category only includes cookies that ensures basic functionalities and security features of the website. These cookies do not store any personal information.
Non-necessary
Any cookies that may not be particularly necessary for the website to function and is used specifically to collect user personal data via analytics, ads, other embedded contents are termed as non-necessary cookies. It is mandatory to procure user consent prior to running these cookies on your website.
SAVE & ACCEPT
Thank you for connecting with us. Your request submitted successfully. We are working on your query to provide you the best options. Our business executive will contact you shortly.
1
1
https://www.travoinspire.com/wp-content/plugins/nex-forms
false
message
https://www.travoinspire.com/wp-admin/admin-ajax.php
https://www.travoinspire.com/tour-location/sheesh-mahal
yes
1
Need Help? Chat with us
Start a Conversation
Hi! Click one of our member below to chat on Whatsapp
The team typically replies in a few minutes.
Gaurav
Customer Support Head
Surya Prakash
MD (Sales & Support)